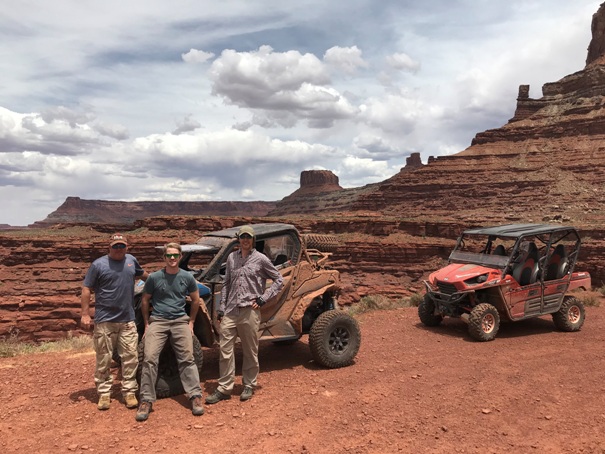 Have you ever dreamed of loading up your side by side and heading off into the wild blue for a few days away from the world? Well, if that is what you are looking for then the Lockhart Basin Trail may be your ticket. 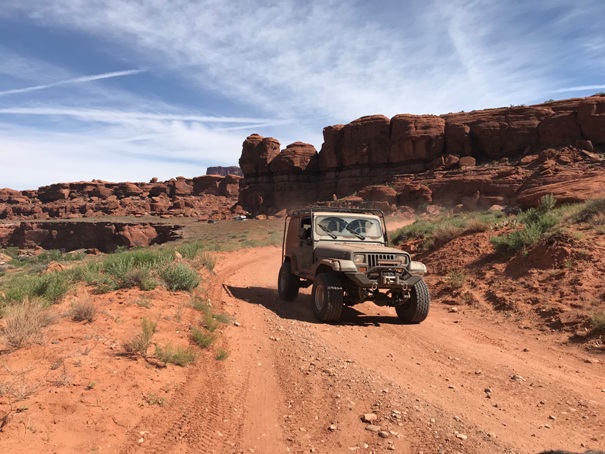 We did our ride through Lockhart Basin as a part of a much larger 4 day loop from Moab to Beef Basin via the La Sal Mountains. There are several camping areas at the southern end of the trail. This picture is of the Hamberger Rock Campground area. The campground had many neat rock formations that a kid or adult would like to crawl around on and explore. 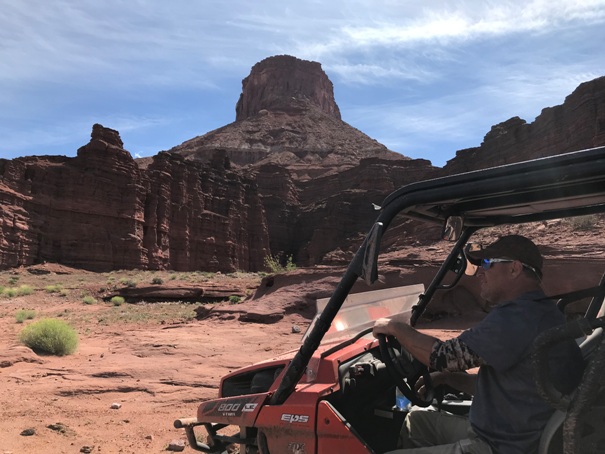 Towering 1700ft above the trail is the Canyon and Rims Recreation Area. The point in the center of this photo is of the Needles Overlook. The overlook is on a paved road and it is cool if you have time to ride out there and see the trail you are on from high above. 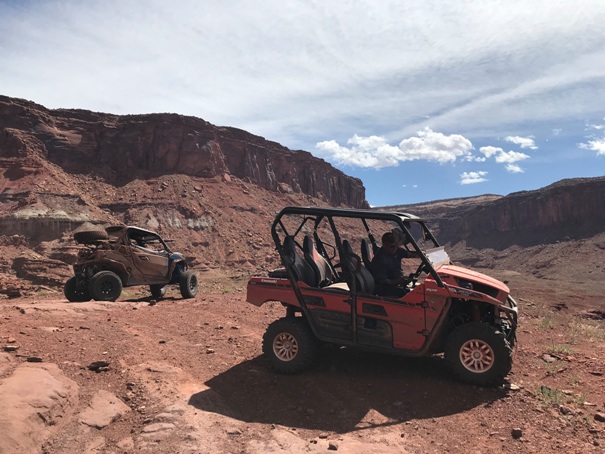 Though Lockhard Basin Trail is relatively flat, there is one none-technical climb just after Lockhart Canyon. When you get to the first pullout, pull to the side of the trail and look down. You will be able to spot what is left of plane that crashed in 1952. 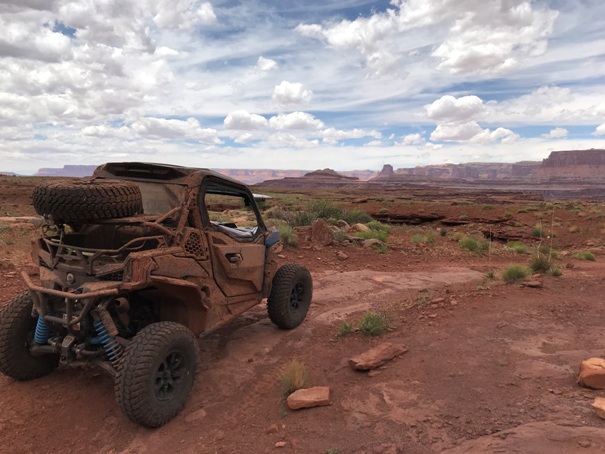 We started our trip from the southern end of the trail and headed north back to Moab. If you are not making a loop, which I doubt many would, it would be smarter to have someone drop your SxS or ATV at the start of the trail just outside of the Needles District of Canyonlands National Park. This way you could take as much time as you like returning to Moab. I would recommend the person that dropped you off spend a little time in the national park. 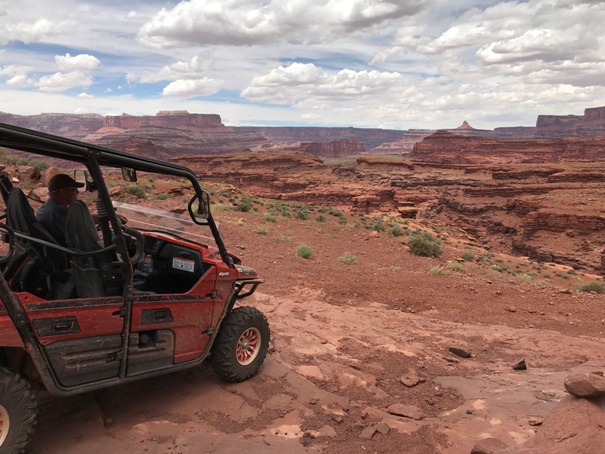 The views along the trail are in my opinion the best wide open views of any trail in Moab. The only similar trail would be the White Rim Road in Canyonlands National Park and you would have to either have a Jeep or a street legal dirt bike to ride that trail. 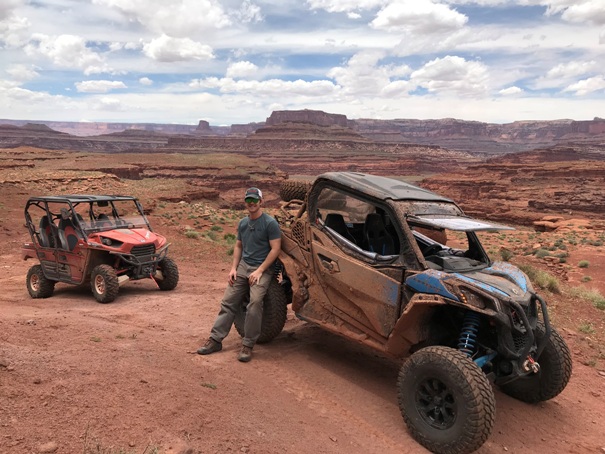 Though the trail is very long and takes all day to complete, it is a relatively easy trail when started from the south. If you leave from Moab you will have to make one difficult climb to start the trail. We talked to some guys in highly modified 4-Runners and they said they had to use their wench twice to get up it. It was easy to come down.

We had a great time on both our Can Am Maverick X RC and our Kawasaki TeryX. We only saw a few people on the entire trail on the Sunday before Memorial Day so be aware this trail is very remote. Bring extra food and water in case of a breakdown. Also be prepared to turn around if something is blocking or has damaged the trail. 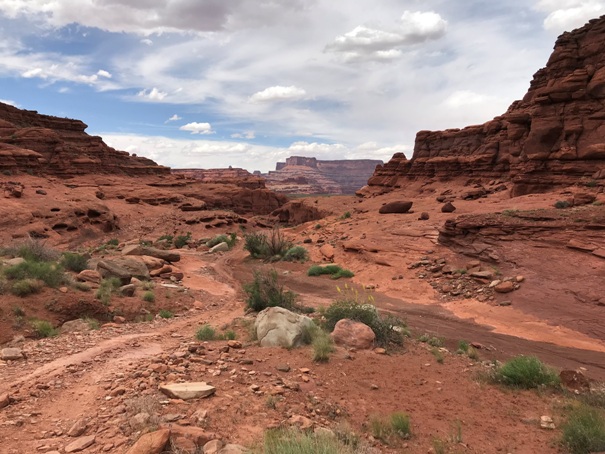