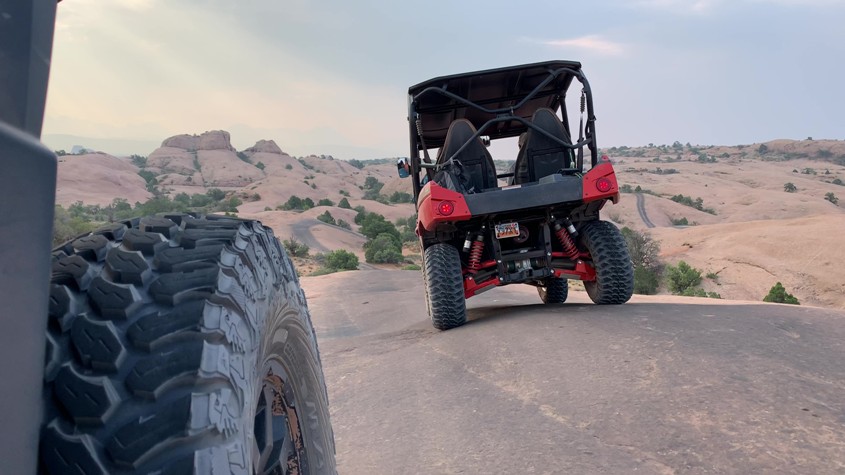 What is the most popular UTV trail in Moab?  Ask just about anyone and most will have Hell's Revenge on their short list.  There is good reason it is so popular, where else could you possibly ride on a trail that is just like a rollercoaster?  The sandstone domes are gut wrenching steep.  When you head to this trail, get ready for some major butte puckering.

Many people consider Hell's Revenge as the most famous trail in Moab.  However, did you know Hell's Revenge has a warmup trail?  It's called Fins 'N' Things. 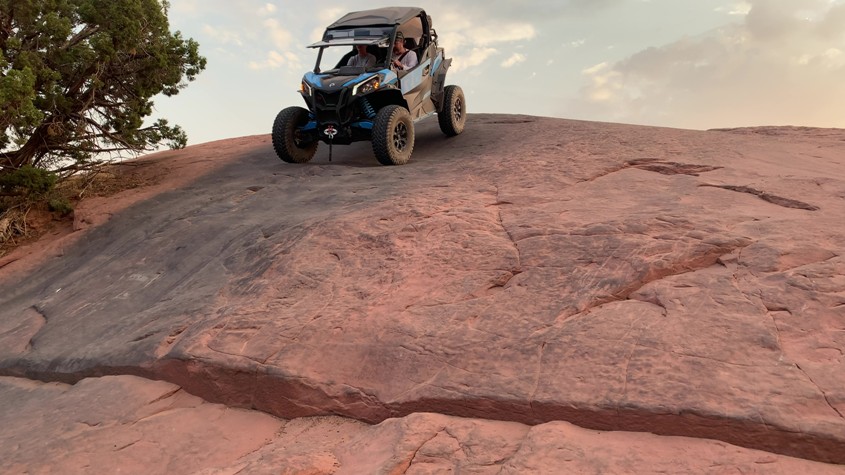 Many people want to know, is Hell's Revenge Trail dangerous?  Well, any trail can be dangerous, it just depends on your driving skills.  For most drivers Hell's Revenge can be very scary but in my opinion there isn't much danger on the main trail. So long as your vehicle has the power to climb the hills and brakes to stop on the other side your tires will easily stick to the slickrock. 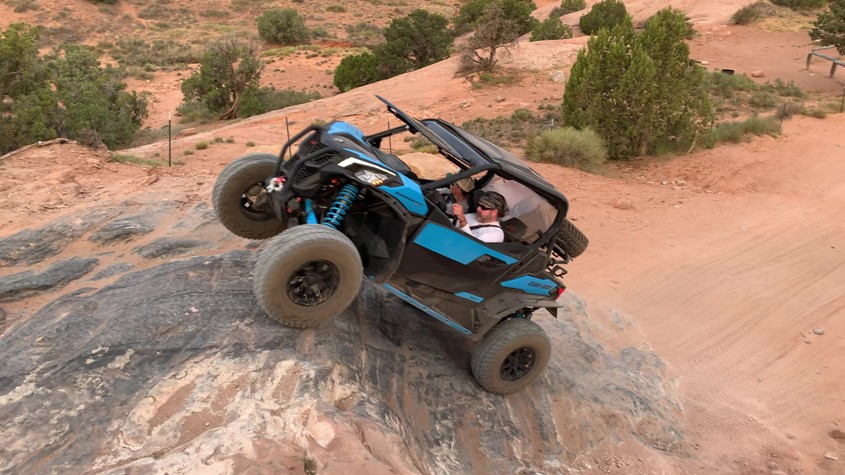 A quick YouTube search for Hell's Revenge will show you video after video of crashes on the trail.  That leaves many people planning trips to Moab wondering, how difficult is Hell's Revenge Trail?  The answer is simple, it is as easy as you want it to be.  Almost every crash you see in the videos are of side obstacles all of which have a go around or you simply don't have to do the obstacle. 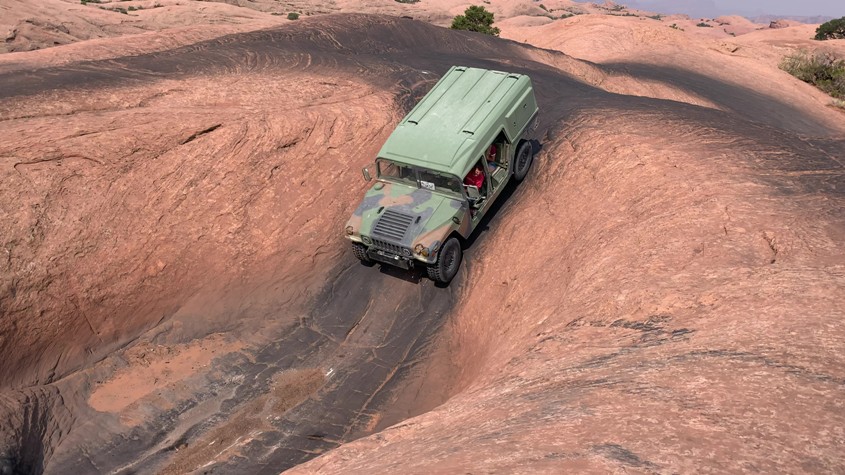 One of the most popular challenges on along the trail is too drive in and out of the huge potholes, yes that is the correct geological term for the formation.  As you can see in the picture you can easily drive around this pothole.  The most famous pothole is known as Mickey's Hot Tube.  I thing most people that venture into it have either had too much to drink, are easy to give into peer pressure or both. 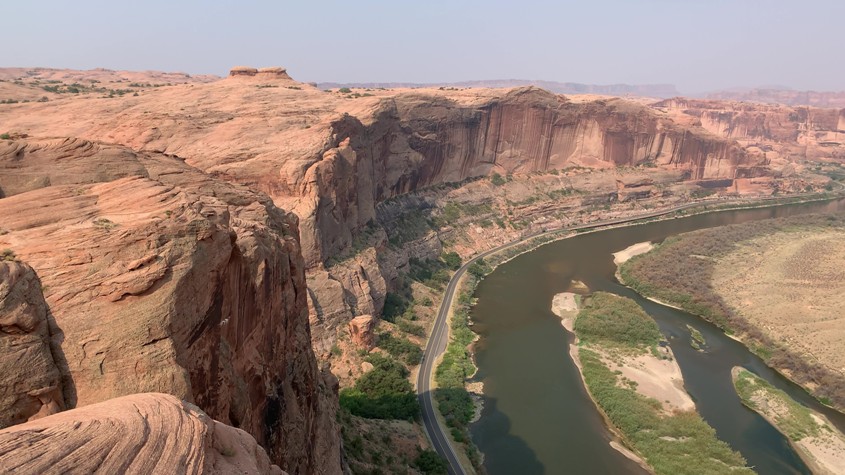 Why is there a Moab?   Mainly because of the town's proximity to the Colorado, and abundant water source in an otherwise dry desert.  There are lots of view points along the river but you may want to know what is the best off-road overlook.  I would have to go with this one along the Hell's Gate side trail.  Mentioning Hell's Gate, that is another one of the obstacles with lots of crashes.  Don't worry you don't have to drive Hell's Gate to reach this viewpoint. 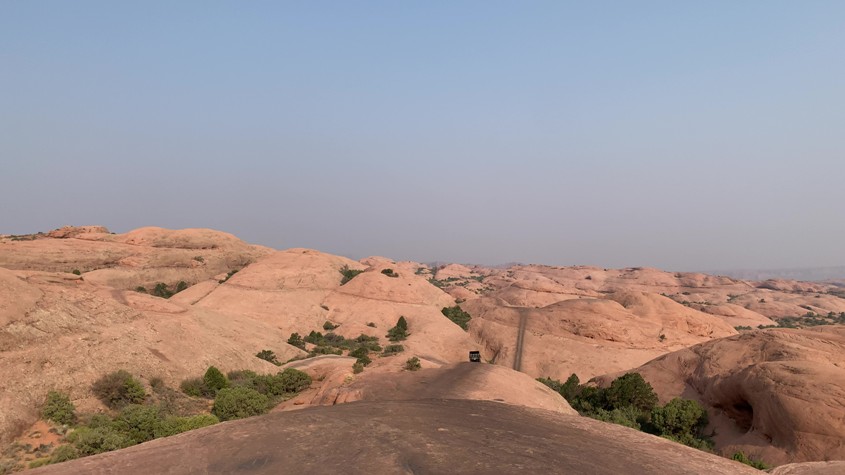 Why does Hell's Revenge have so many vehicles on it?  The main reason is that it is right in town, Moab is at the bottom of the cliff and is less than a mile away.  Also it is the location that most tours and rentals are directed too.  I am often surprised at how crowed this trail is, when you can ride many other trails even on holiday weekends and rarely seen another UTV. 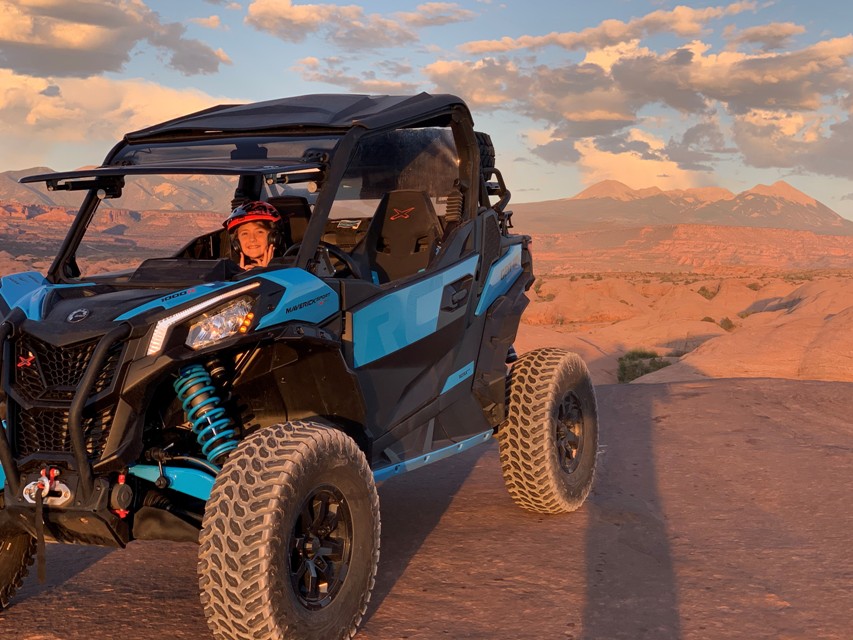 Every year the City of Moab typically puts on a fireworks display and guess where the best place to see the fireworks is?  That's right, it is on the first overlook near the start of the trail.  It is an awesome place to see the show, by show I mean the hundreds of UTVs and Jeeps.  This is a picture of my daughter as we wait for the show to start.  Just a word of caution, when you leave it will be dark and it can be difficult to see the trail.